Dementia – The Types and Symptoms 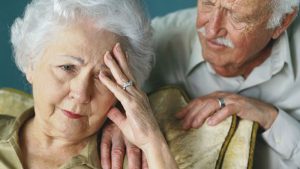 A general term to describe loss of memory and other mental abilities that are severe enough to interfere with daily life is dementia. This is caused by actual physical changes in the brain, and there are several types:

Vascular Dementia- This is also known as multi-infarct or post-stroke dementia. The initial symptom is likely to be impaired judgement or ability to make decisions, plan or organize. This is caused from blood vessel blockage or damage which leads to strokes or bleeding in the brain.

Dementia with Lewy Bodies (DLB) – Lewy bodies are abnormal aggregations (clumps) of a protein and can result in this type of dementia if present in the brain’s cortex. People with this have similar symptoms as compared to Alzheimer’s, but are more likely to have initial or early symptoms.

Mixed Dementia – In this form, abnormalities linked to more than one cause of dementia occur simultaneously.

Parkinson’s Disease – As this disease progresses, it results in a progressive dementia that mimics the symptoms of dementia with Lewy bodies or Alzheimer’s.

Creutzfeldt-Jakob Disease – This is the most common human form of a group of rare and fatal brain disorder affecting people and certain other mammals.

Normal Pressure Hydrocephalus – Casued by the buildup of fluid in the brain, this causes symptoms including difficulty walking, memory loss and inability to control urination.

Huntington’s Disease – This disease is a progressive brain disorder caused by a single defective gene on chromosome 4 and causes abnormal involuntary movements, a severe decline in thinking and reasoning, irritability, depression, and/or other mood changes.

Wernicke-Korsakoff Syndrome – This is a chronic memory disorder caused by sever deficiency of vitamin B-1 and can cause severe memory problems while other thinking and social skills seem relatively unaffected.

You can learn more about dementia, what it is, symptoms and treatments, by Clicking Here.